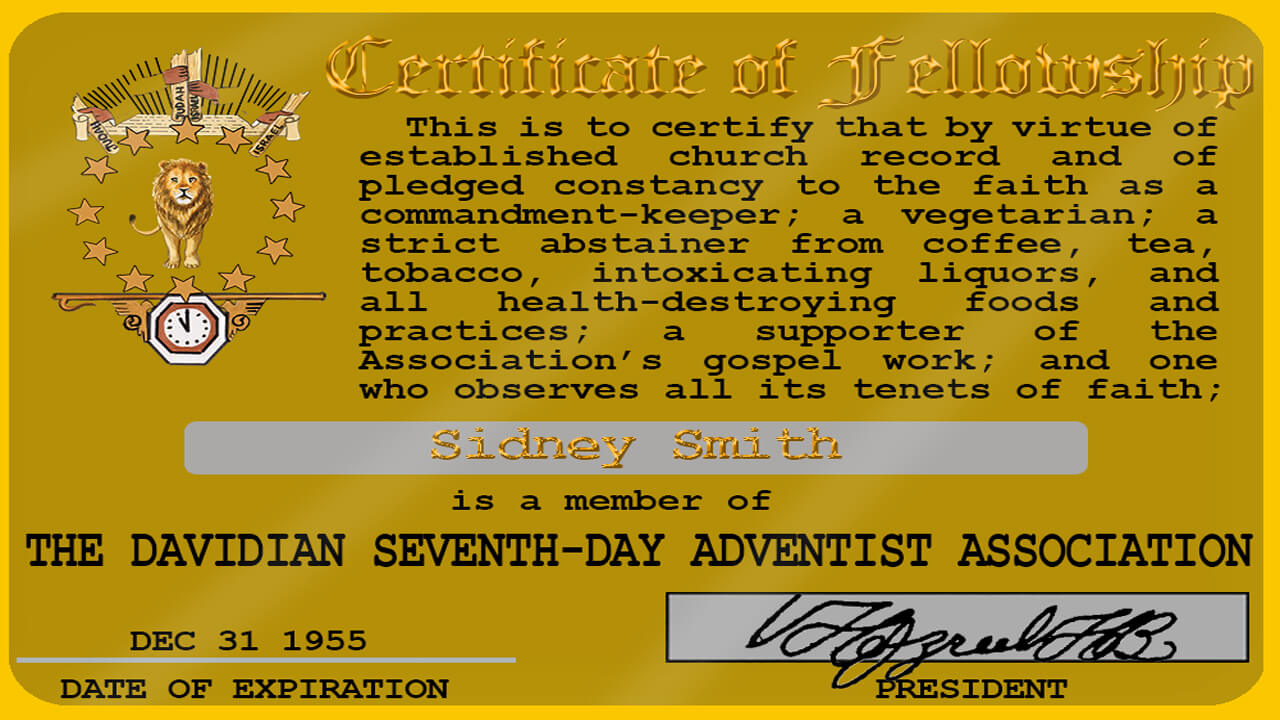 30 Dec A Letter Included With The Certificate of Fellowship 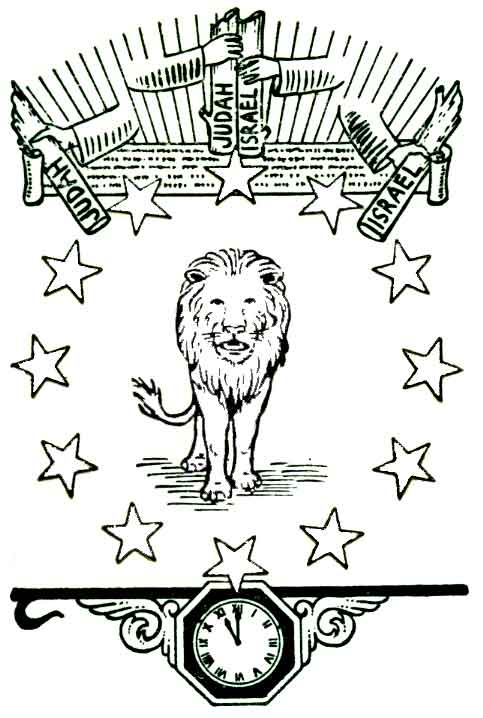 A Letter Included With The Certificate of Fellowship

In sending your Certificate of Fellowship for this year, we should like to share with you a few Scripture thoughts which we have found very helpful from day to day as we travel the Christian way. {CFL: 1.1}

Each of us, you know, in our material being naturally pass through three periods: (1) infancy, (2) adolescence, and (3) maturity. Likewise, in our spiritual being, as seen in Timely Greetings, Vol. 2, No. 39, and Tract No. 14, War News Forecast, pp. 31-39, we pass through three such growing periods: (1) Righteousness by Grace, the equivalent of which is spiritual infancy (being born again), (2) Righteousness by Faith, the equivalent of which is adolescence, and (3) the Righteousness of Christ, which in fact is our spiritual maturity. And since the “infancy” period, the righteousness by grace is now in the past according to Timely Greetings, Vol. 2, No. 39, and we have now come to the time of the righteousness by faith period of “adolescence,” in which our safety and eternal interest lie, we must not neglect to attain to full Christian “maturity,” the righteousness of Christ, if we expect to be rewarded with life eternal and with a home in His Kingdom. We would therefore do well to carefully note some of the earmarks of a mature Christian — the true Davidian. Such a one cannot help but

Contribute Something Worthwhile to the World. {CFL: 1.2}

The mature Christian well knows that he was born into the world to improve it, both spiritually and materially, that he did not come simple to selfishly live in it and depart from it with a big “thank you,” but to bless it, to leave a memorial of what God has been able to accomplish through him for mankind, both spiritually and materially; that he is like a fruitful bough in a desert land, for he knows that “every tree which bringeth not forth good fruit is hewn down, and cast into the fire.” Matt. 3:10. Then, too, such a fully matured Christian

He sees that he gets a vision of what God would have him do. He never moves on in a butterfly fashion; he knows what is to be done and does it. He gives no place to any beckoning that would detract his attention and energies from reaching his goal. He well knows that “where there is no vision, the people perish.” Prov. 29:18. He is, moreover,

His eye is sensitive to the needs of others, and he does all he can to relieve those needs regardless what personal inconvenience and effort may be required of himself. He is considerate of others’ time, feelings, age, reputation, and capacities, especially of other people’s property, for “love worketh no ill to his neighbor.” Rom. 13:10. “Let nothing be done through strife or vainglory; but in lowliness of mind let each esteem other better than themselves. Look not every man on his own things, but every man also on the things of others.” Phil. 2:3, 4. He is altogether

He rejoices over the good fortune of others, and loves to have others receive credit for something he himself may have accomplished. He expects his credit from the Lord only. What his right hand does his left hand is kept in the dark about (Matt. 6:3, 4). He is also

He knows no fear but the fear of God. He has courage to stand firmly but tactfully for right principle regardless of the consequences to himself. He knows that no one can do him harm if God does not permit. Moreover, he knows that though men may kill his body, they cannot touch his soul (Matt. 10:28). God alone is his defense. He is, further,

He is honest in his personal appraisal of himself and charitable with all others, realizing that if his own background were the same as theirs he himself would precisely be like them; that while others offend in one thing he himself may offend in another. He knows that God is able to correct His own servant (Rom. 14:4-7), and he keeps his hands off. He is

He is thankful in the face of the most disheartening difficult situations or environment. He does not dissipate his energies in complaining and repining, and he does not seek to escape responsibility and unpleasant facts. Nor does he allow himself to be beaten down in time of crisis, but he is ever on hand to “stand his post,” and he draws on his spiritual resources to attain a mastery of his circumstances. He does not fall behind ancient Joseph, he is even ahead of him for he knows that he is living in an advanced season. Still further, he is

Foolish accusations never trouble him. He does not get upset about them. He never needs to be handled with gloves. His mind never dwells on anything that would make him feel hurt. If something is said against

him, he never gets hurt over it, especially if he is not guilty of the thing. He does not retaliate, he lets the vain thing die of itself. He lets no discouragement come into his thoughts, not even if all forsake him. He well remembers that even the Lord Himself was forsaken by His own followers, and that out of several million people there were but two persons one hundred percent for Moses — only Caleb and Joshua. He is ever mindful of the scripture which says: “Not by might, nor by power, but by My Spirit, saith the Lord of hosts.” Zech. 4:6. He therefore

He does not seek pity from others, neither does he pity himself; he refuses to waste time blaming others for unpleasant situations or reverses or limitations; neither does he expect praise for his deeds of worth. He never blows his own horn. It is enough for him to know that he is serving God, that God will reward him openly. In addition, too, he is always ready to hear; he is

He is ever searching to know more of God and of what He would have him do, regardless of the channel through which the light comes. He never condemns anyone’s idea before an honest, prayerful, investigation of it. He never runs away from anything, for he depends on God’s Spirit of Truth to keep him from all error, fanaticism, and presumption. He never makes flesh his arm of Truth he depends on the Spirit of God to show him what is Truth and what is error. He is indeed a Berean (Acts 17:10,11). The keeping of the commandments and the Testimony of Jesus Christ (Rev. 12:17) is his map to the Kingdom. Besides, he is a

His decisions in all matters are liberal, based on sound logic and reason, not on emotions, partiality, or on “respect of persons,” nor on selfish gain. God’s way is always his measuring rod. He therefore never lives in regret of anything but his sins. Along with these, he is

He is not known to vacillate. He changes his mind only when he finds himself wrong or mistaken. He is indeed the David of the day. He is steady and dependable in whatever he is given to do, and ever

He does not resent criticism, but is grateful for it and puts into use all that is constructive. He makes no excuses for his blunders, but uses them as stepping stones to improvement. He has

He forgets the past, and is always pressing for the high mark ahead. He therefore does all he can to remedy the cause of his troubles, and what cannot be remedied he accepts and adjusts himself to. He is the Moses of the day. He may fall seven times a day, but he quickly arises and runs ahead, and is ever hoping and

Through faith and experience he is confident that God is leading him and that He will freely give the wisdom and strength needed to cope with even the most trying of life’s problems. In this respect he is like Ruth, the Moabitess. He never lets an opportunity slip by, and he has

His mind is set to win and advance the Kingdom of God and, therefore, he fears neither hunger nor death. He is not at all anxious for the future. He never complains in his infirmities; he is ever thankful and conscious that there are thousands of cases worse than his. He knows that he cannot die if God wants him living, and that he cannot live if God wants him dead. He is the Job and he is the Paul of the day. He patiently waits, knowing that “all things work together for the good to them that love God, to them who are the called according to His purpose.” Rom. 8:28. He perfectly knows that every dark, gloomy, and stormy cloud has also a bright silver-lined side, and ever looks on the bright side. He is very

He searches and finds the beauty that is in all God’s creation, and he seeks to put art into all he does. He is

He never sits with the scornful (Ps. 1:1), never eats where the drunkards do, is particular in choosing his company. His reading material, music, art, etc., are unquestionable. He therefore finds himself

He never makes enemies, and always seeks to make friends. He thinks positive, helpful thoughts, and so he is a serene, useful, happy man, in great demand. Even his enemies have certain respect for him. Yet he is very

He does not try to attract attention to himself, but rather to his

cause. He is modest in dress, speech, and manners, and he refuses to bask in the reflection of another’s glory. In success he is truly humble and thankful He gives God the glory for all his deeds and accomplishments, and if there is any human glory, he shares it with his fellowmen. And above all, he is mindful of and

He maintains faith in a better future. He does all to live and serve, and so he eats for strength, not for drunkenness. He keeps his hands off that which God has pronounced unclean. He is never fanatic, neither is he lax. He walks in the middle of the road where the light shines brightest. He is not carried with every wind of doctrine; he minds authority, and shuns quackery. Before he gets into the “guest” chamber (Matt. 22: 11), he makes sure that he

He is aware that God’s Kingdom is made up of “mature” Christians, “not having spot, or wrinkle, or any such thing.” He therefore never wastes his time looking for specks or beams in another’s eye (Matt. 7: 1-5). If anything, he searches to see that there is nothing in his own eye. He knows that God has not made him a judge of His people, or corrector of heretics. He does what Truth says, and those who wish to fall in line may do so, but he never tries to push them over to his side. {CFL: 5.2}

I hope in prayer that these thoughts on the Scriptures will be of great help and encouragement to you and to all around you. May God bless you. {CFL: 5.3}

Sincerely yours in faith and good courage,