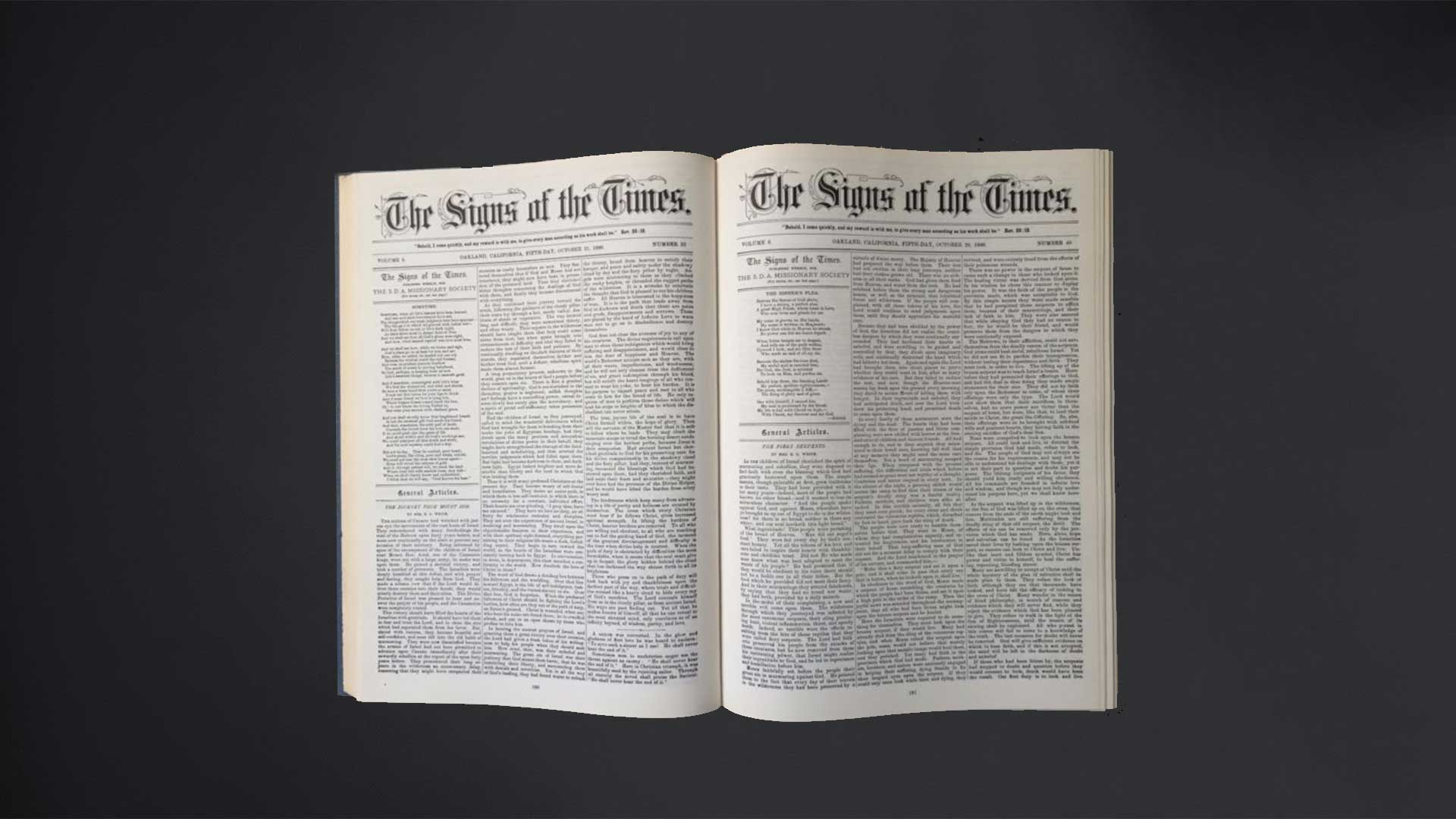 16 Mar The Signs of the Times

Posted at 00:00h in Spirit of Prophecy Excerpts by Ezekiel

The king upon his throne has no higher work than has the mother. The mother is queen of her household. She has in her power the molding of her children’s characters, that they may be fitted for the higher, immortal life. An angel could not ask for a h igher mission; for in doing this work she is doing service for God. Let her only realize the high character of her task, and it will inspire her with courage. Let her realize the worth of her work, and put on the whole armor of God, that she may resist the temptation to conform to the world’s standard. Her work is for time and for eternity.  {ST, March 16, 1891 par. 1}

Among the first tasks of the mother is the restraining of passion in her little ones. Children should not be allowed to manifest anger; they should not be permitted to throw themselves upon the floor, striking and crying because something has been den ied them which was not for their best good. I have been distressed as I have seen how many parents indulge their children in the display of angry passions. Mothers seem to look upon these outbursts of anger as something that must be endured, and appear indifferent to the child’s behavior. But if an evil is permitted once, it will be repeated, and its repetition will result in habit, and so the child’s character will receive an evil mould. I have heard persons argue that their children were too young to be corrected. They said, “When the children are older, they will be ashamed of their manifestations of temper, and will overcome the habit of displaying anger.”  {ST, March 16, 1891 par. 2}

The little ones, before they are a year old, hear and understand what is spoken in reference to themselves, and know to what extent they are to be indulged. Mothers, you should train your children to yield to your wishes. This point must be gained if you would hold the control over your children, and preserve your dignity as a mother. Your children quickly learn just what you expect of them, they know when their will conquers yours, and will make the most of their victory.  {ST, March 16, 1891 par. 3}

The mother’s influence is an unceasing influence; and if it is always on the side of right, her children’s characters will testify to her moral earnestness and worth. Her smile, her encouragement, may be an inspiring force. She may bring sunshine to t he heart of her child by a word of love, a smile of approval.  {ST, March 16, 1891 par. 4}

The power of a mother’s prayers cannot be too highly estimated. She who kneels beside her son and daughter through the vicissitudes of childhood, through the perils of youth, will never know till the judgment the influence of her prayers upon the life of her children. If she is connected by faith with the Son of God, the mother’s tender hand may hold back her son from the power of temptation, may restrain her daughter from indulging in sin. When passion is warring for the mastery, the power of love, the restraining, earnest, determined influence of the mother, may balance the soul on the side of right. {ST, March 16, 1891 par. 5}

The work of the mother is fraught with tremendous responsibility; but when her influence is for truth, for virtue, when she is guided by divine wisdom, what a power for Christ will be her life! Her influence will reach on through time into eternity. What a thought is this,–that the mother’s looks and words and actions bear fruit in eternity, and the salvation or ruin of many will be the result of her influence.  {ST, March 16, 1891 par. 6}

To fashion the character after a heavenly mould is no ignoble work. Is it a little matter to develop, train, and educate the powers of your children in such a way that they shall bring glory to God? Is it a little thing to teach a child how to restrain his passions, how to cultivate his noble powers, how to use God’s wondrous gifts of intellect and affection? The parents receive the child a helpless burden in their arms; he knows nothing, and he is to be taught to love God, is to be brought up in the nurture and admonition of the Lord. He is to be fashioned after the divine model.  {ST, March 16, 1891 par. 7}

When parents see the importance of their work in training their children, when they see that it involves eternal interests, they will feel that they must devote their best time and thought to this work. Amid all the activities of life, the mother’s mo st sacred duty is to her children. But how often is this duty put aside that some selfish gratification may be followed. Parents are intrusted with the present and eternal interests of their children. They are to hold the reins of government, and guide their households to the honor of God. God’s law should be their standard, and love should rule in all things. -{ST, March 16, 1891 par. 8}