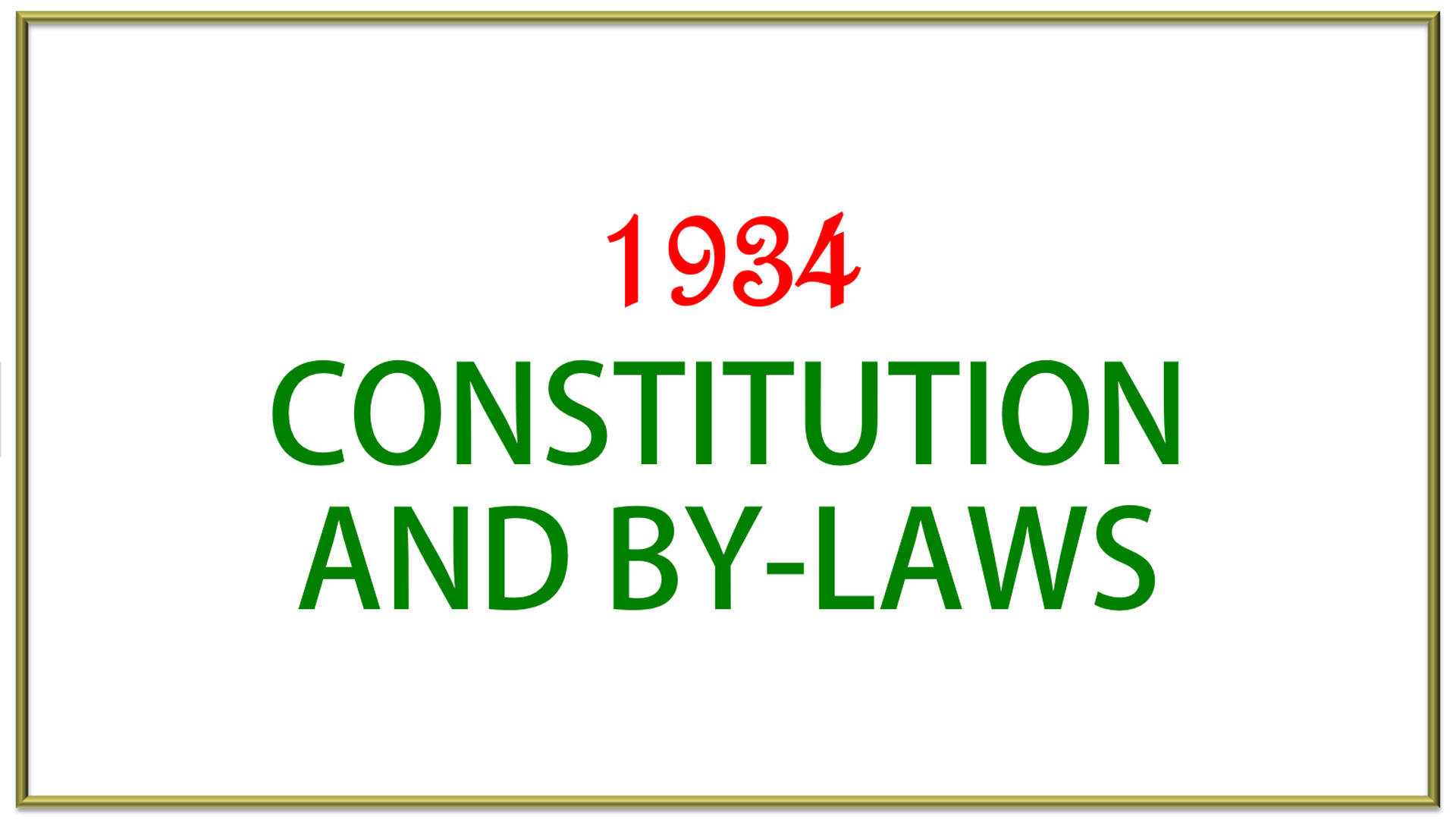 Posted at 06:14h in 1930 Movement, All Historical Transcripts by Kevin 0 Comments

The object of this organization is to bring about, among God’s people, such a reformation as is called for in the “Testimonies for the Church,” Vol. 9, p. 126, and to extend the “Eleventh-Hour Call” (Matt. 20:6, 7) of “the everlasting gospel to every nation, and kindred, and tongue, and people,” gather the saints, make up the kingdom, and thus hasten the return of our Lord Jesus Christ.

The membership of this organization shall consist of all persons who subscribe to the whole doctrine of the aforesaid organization.

ARTICLE IV–OFFICERS AND THEIR DUTIES

(a) The regular officers of this organization shall be a president, a vice president, a secretary, and a treasurer.

(c) All other officers of this organization shall be appointed in accordance with the procedure set forth in Numbers, chapter eleven, verses sixteen, seventeen, twenty-four, and twenty-five, and in Acts, chapter six, verses one to seven; and chapter thirteen, verses one to three.

Section 2.  The president shall act as chairman of the Executive Council (Numbers 16:12, 25-32) and labor in the general interest of the Association as exampled in Hebrews, chapter eleven, verses twenty-four to twenty-eight.

Section 3.  The vice-president shall assist the president in administering the affairs of the Association, according to the example given in Exodus, chapter seven, verses one and two,

Section 4.  The secretary shall keep the proceedings of all meetings of the Association, and perform such other duties as are in keeping with the nature of the office as defined in Second Samuel, chapter 8, verse 16 (margin).

Section 5.  The treasurer shall receive all funds of the Association and disburse them in accordance with the examples recorded in the following scriptures: Exodus, chapter thirty-six, verse three; Ezra, chapter eight, verses twenty-one, twenty-four to thirty; Acts, chapter four, verses thirty-five to thirty-seven; and chapter six, verse three.

Section 1. This Association shall hold regular sessions at such time and place as the Executive Council shall designate by a notice published in “The Symbolic Code,” the official organ of the organization, in two consecutive issues before the date of the opening of the session.

Section 2.  The Association, at any session thereof, may enact, amend, or repeal by-laws by such a vote and vote as called for in “The Acts of the Apostles,” pp. 195-196, and   such by-laws may embrace any provision not inconsistent with the Constitution.

Section 1. During the intervals between sessions of the Association, the Executive Council, constituted in accordance with the example set forth in Acts, chapter six, verses two to six, shall have full administrative power, with authority to grant credentials and licenses, and fill any vacancies that may occur in its offices, by death, resignation, or otherwise.

Section 3. All meetings of the Executive Council shall be held at the general headquarters, unless otherwise called for by a quorum of the Council.

Section 4. Meetings of the Executive Council may be called at any time by the chairman, or any member of the Council appointed by him.

Section 5.  Minority meetings of less than seven members of the Council may be held at the General Administrative Office for the transaction of necessary routine business.

The Executive Council shall have full power to adjust the compensation and expenses of all laborers in the employ of the Association.

The funds of the Association shall consist of tithes and offerings.

Section 1. Recognizing that the call to the gospel ministry must come from God to the individual; and that in harmony with the Biblical plan (Luke 10:3-8), the one receiving such a call must first prove his calling by going out at his own charges, ad also when such a one has proved his ministry according to the standard set forth in First Timothy, chapter three, verses one to seven, the Executive Council, recognizing his fitness to engage in the sacred work of the ministry, shall indicate such by an action authorizing that the one considered be either ordained or licensed, as the case may warrant, to minister according to the instructions set forth in Matthew, chapter ten, verses nine and ten.

Section 2.  All ordained ministers are empowered to perform such usual duties as are set forth in the Scriptures.

Section 3.  Licensed ministers are not authorized to perform such duties as mentioned in Article IV, Section 2, except one such occasions as warrant the Council’s delegating such rights.

The Name, “Shepherd’s Rod,” is borrowed from the publications, known as “The Shepherd’s Rod,” which, symbolically, are the anti-type of Moses’ Shepherd’s Rod, and which contain the doctrines that called forth the organization represented in this document.