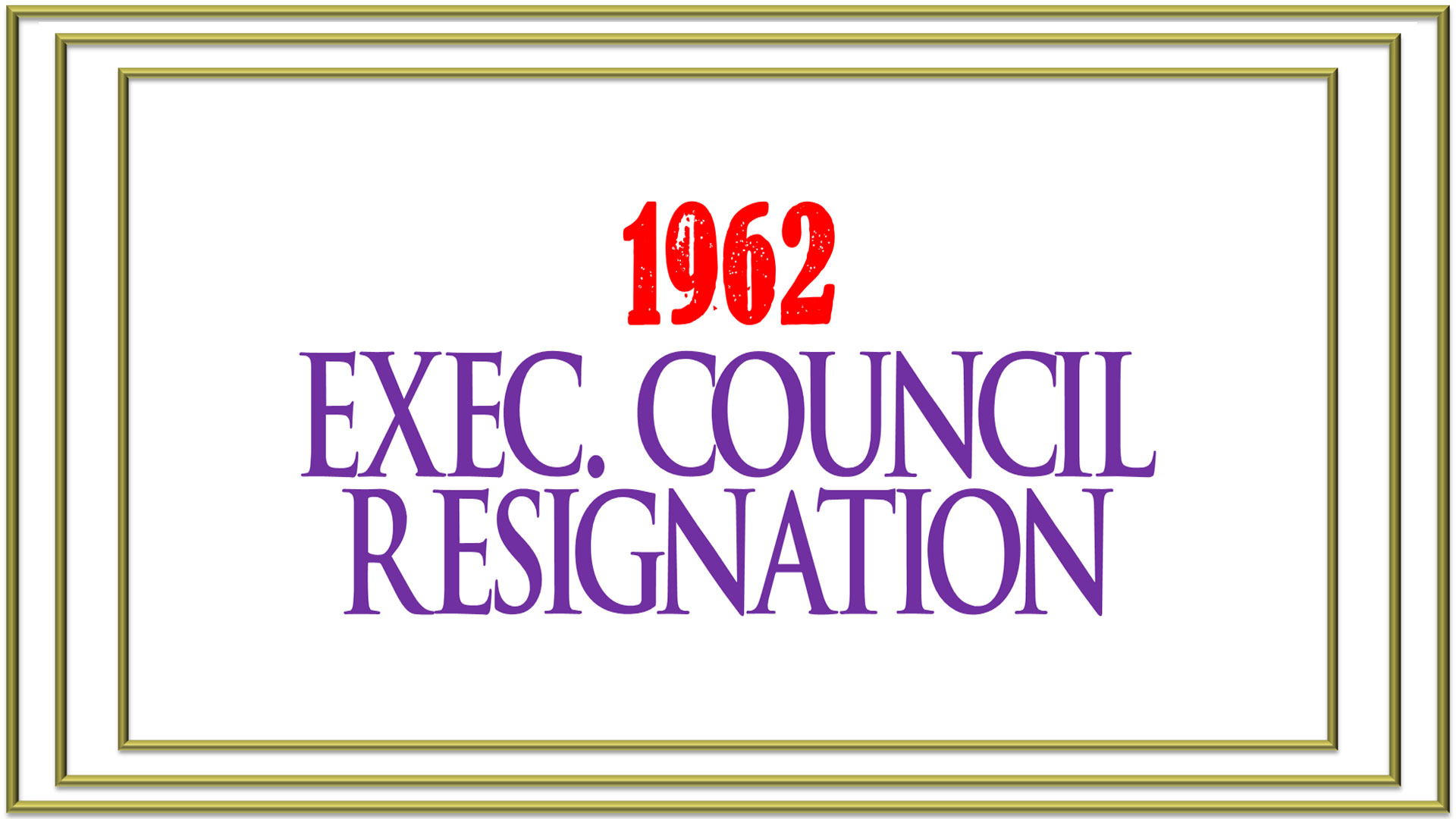 To the Chairman and Fellow Members attending the Second Special Session of the General Association of Davidian Seventh-day Adventists:

During the seven years that have since passed, we have directed and defended the Association with diligence according to our honest convictions of what constituted our duty. As  long as we believed in all the teachings of the “Rod” per se, we patiently bore the personal cost of being victimized by a constant stream of suspicion, slander, libel, and the many other unpleasant experiences that came in the line of duty.

After our field of work broadened out to the inclusion of the Protestants, we set out to prepare Davidians to teach from the only book Protestants will accept–the Bible. But in our thorough examination of the “Rod” in the light of the Bible, we came upon the realization that adjustments in many of our doctrines were required if there was to be harmony between them and the Bible. For we discovered that some of our cardinal teachings were predicated on concepts Brother Houteff and/or Sister White expounded which the Bible actually does not support. This we say without attempting in the least to disparage their honesty and sincerity.

The dissertations covering related material in several chapters of Ezekiel as presented in the December 12, 1961 and the January 16, 1962 open Newsletters to Davidians, is a partial presentation of the facts that came to light. Ezekiel chapters 4 and 9 were therein dealt with particularly as they were pre-eminently important in the founding and organizing of this Association and in defining its work, and also because they occupy so prominent a place all through “The Shepherd’s Rod” literature.

Due to the many inaccuracies that we found in the teachings concerning these chapters in Ezekiel and others that we have not discussed publicly, we must frankly state that we no longer are convinced that “The Shepherd’s Rod” is without error on consequential doctrines; neither are we convinced that our final authority in spiritual matters resides in the writings of Mrs. E. G. White from which “The Shepherd’s Rod” drew its conclusions on Ezekiel 9 and other doctrines and practices. It is our belief that the teachings of both Brother Houteff and Sister White have been used improperly in relation to the Bible, in that the Bible has been made subject to what they have said.

Yet we do not subscribe to the “Rod’s” claim that it contains either all Truth or no Truth. For much good has been brought to us from the writings of both authors. Especially are we appreciative of the enlightenment we received that led us to the truth of the Kingdom and related subjects. Nevertheless, if we would properly serve the interest of Truth all our beliefs and all that we would teach must be founded in the Bible. We submit, moreover, that if the Bible cannot be used as a reliable authority by which to examine and judge claims of truth, then there is none. Davidians no more than others have the liberty to add teachings that are not in the Bible, regardless who may have introduced them.

The Second Special Session of the Association has been called in order that we may resign from all our official positions in this Association and turn over to the Session the full responsibility of replacing us, and of deciding all the issues before it. Under the circumstances it was impossible for us to appoint others to fill our vacancies.

There is no alternative open to us but to resign since, as we view it, so vital a change in the basic doctrines is involved that it leaves the Association without its declared prophetic commission. And, moreover, this Association was founded upon, and bound to, the teachings of the “Rod” literature which has as a main feature a particularized application of Ezekiel 9 and 4 to the church today; but since we, the members of the Executive Council, do not now believe the Bible supports those teachings, we therefore are not qualified longer to head up the Association. The destiny of the Association rests entirely in the hands of the membership now.

As faithful stewards, we have taken care of all the business that needed attention, so that we are leaving our offices in good condition. A complete up-to-date inventory of all the assets and records plus the records themselves and all the financial reports are now ready to be officially turned over to the Chairman of this Session.

We would not fail to express our sincere appreciation to those who, by their faithful cooperation contributed their Christian part to make our tenor in office as bearable as possible.

In a time like this we can ill afford to look only to the past; we must also look from the present into the future. As for ourselves, we are glad we can say that since our path of experience has brought us to a closer relationship to God and to a better understanding of the Bible than we have ever before had, we believe God has led us. Yet we have much more to learn. But as we conform our thinking more and more to what the Bible teaches we are confident that our understanding will proportionately increase. And so, as we tender this, our resignation, we leave ourselves in the hands of God and trust in Him for the future.

This resignation is made by the following named persons from the positions which also are specified:

From the Executive Council:

From the Office of Vice-President:

From the Office of Executive Secretary:

From the Office of Treasurer:

From the Office of Field-Secretary:

From the Board of Trustees:

Our resignation takes effect immediately at the reading of it in the Second Special Session of Davidian Seventh-day Adventists, convened at Mt. Carmel Center beginning March 11, 1962.