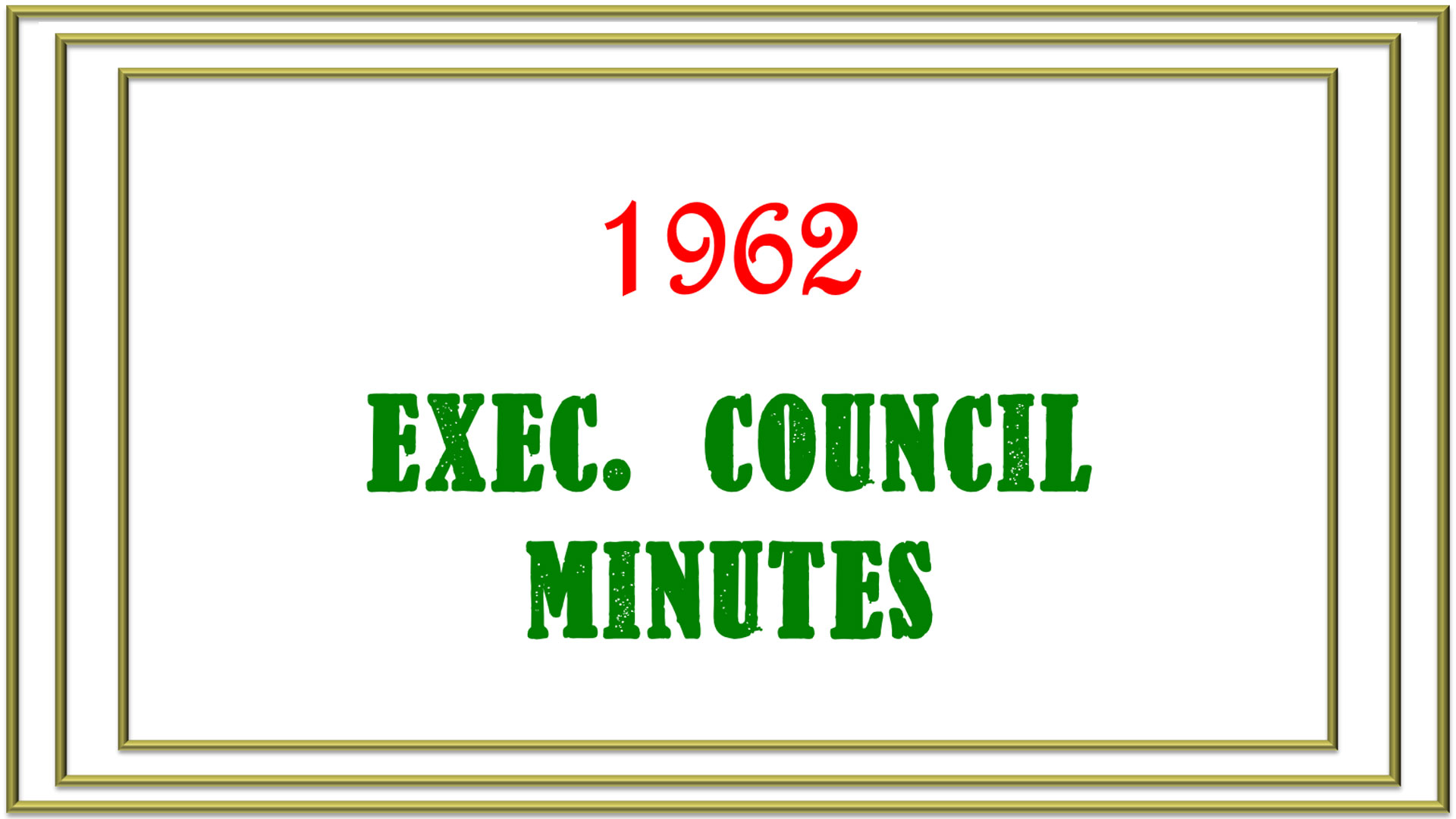 MINUTES OF THE MEETING OF THE EXECUTIVE COUNCIL OF

Held in the Office of the Vice-President

The meeting was called to order and the first item of business was the reading of the minutes for the meeting of February 27, 1962. The minutes were approved as read.

The second section of the wage adjustment now came up for discussion.

After much deliberation the following Resolution was drawn up:

“WHEREAS it has always been the intention of the administration of the Association to make a wage adjustment for its members who have been employed at Mt. Camel Center because of the sub-standard wages paid through the years, and

“BE IT THEREFORE RESOLVED that the attached wage adjustment be paid as soon as possible to those it covers, being present members of the Association, and being the group who have worked up to ten years.

A motion to adopt the Resolution was made by M. W. Wolfe and seconded by Mary Alen. The motion carried unanimously.

The resignations of those resigning from the Association’s employ were now read: They included the following names:

From the Accounting Dept.

From the Correspondence Dept,

From the Publishing Dept.

“WHEREAS on October 5, 1962 the Executive Council adopted a Resolution authorizing the transfer and payment of second tithe funds in the form of a Bequeathment Certificate, and

“WHEREAS our legal advisor informed us that, in view of the fact the Association was set up and operated as a non-profit institution under the laws of the United States Government Internal Revenue Dept, and

“WHEREAS the laws of said Federal Dept. forbid repayment of such funds,

BE IT THEREFORE RESOLVED that the former said action of this Council with regard only to the transfer of second tithe funds into the form of Bequeathment Certificates be rescinded.”

Mrs. Mary Alen made a motion that the Council adopt the resolution and Mrs. S. Hermanson seconded it. The motion carried unanimously.

This report prepared by