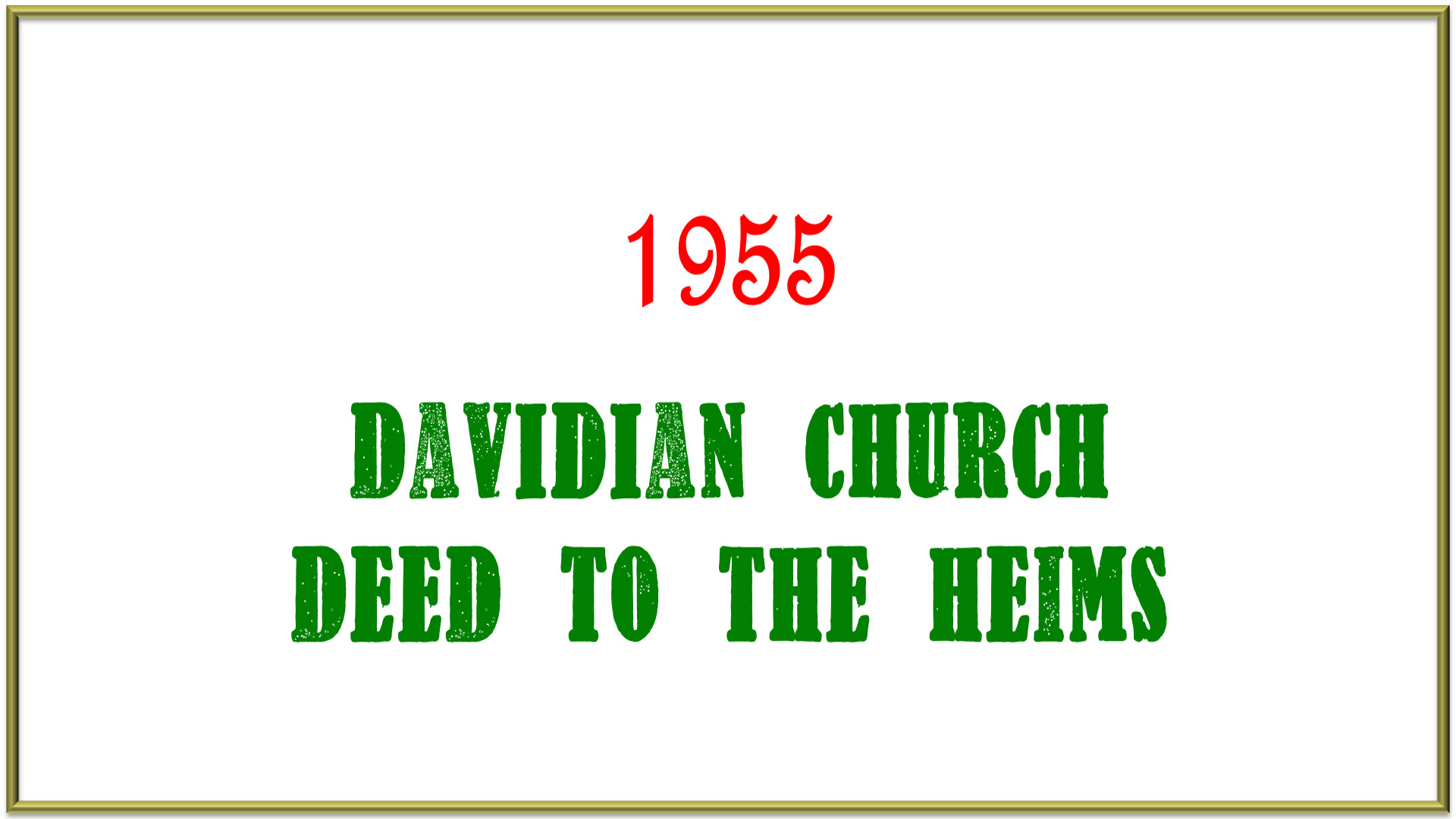 KNOW ALL MEN BY THESE PRESENTS:

BEGINNING at the South or Southeast corner of said 189 acre tract, said point being an iron stake located in the North line of State Highway #6.

THENCE: N 81-43 W 2056 feet with the North line of said Highway to a concrete monument at the beginning of a 3-degree curve to the right;

THENCE: N 9-16 E 612.8 feet with the West line of Charbonneau Dr. to beginning of the  herein described tract of land, said point being its SE corner;

Grantees herein assume and agree to pay all taxes for the year 1955 on the property hereby conveyed.

The property herein described shall be used for residential purposes only and no more than one residence shall be erected on the tract of land as hereinabove described. However this restriction shall not prevent the erection of the usual appurtenances including private garage and bona fide servants’ house.

The ground floor area of such residence as may be constructed, exclusive of open porches and garages, shall be not less than 1300 square feet.

No trailer, tent, garage, barn or other out building erected on said property shall be at any time used as a residence temporarily or permanently, nor shall any structure of a temporary character be used as a residence. No existing structure or portion thereof shall be moved upon said property but and all improvements placed thereon shall be new construction; however, this restriction shall not prevent the use of used materials in the construction of new improvements.

The residence erected upon the property herein conveyed shall be veneered with either brick or stone or a combination of masonry and wood siding; no fences may be constructed in the front yards.

No noxious of offensive activity shall be carried on upon said property nor shall anything be done thereon which may be or become an annoyance or nuisance to the neighborhood.

No livestock or poultry shall be maintained upon said premises.

If the purchaser or their heirs or assigns shall violate or attempt to violate any of the covenants or restrictions herein contained, it shall then be lawful for any other person or  persons owning property in the original 189 acre tract, herein above referred to, to prosecute any proceeding at law or in equity against the person or persons violating or attempting to violate any such covenant or restriction and either to prevent him or  them from doing or too recover damaged or other dues for such violation, all without prejudice to the rights of any bona fide lien holder.

Invalidation of any of these covenants or restrictions by judgment or court order shall in no wise affect any of the other provisions which shall remain in full force and effect.

Those covenants and restrictions shall run with the land and shall be binding on Grantees and all persons claiming under them.

TO HAVE AND TO HOLD the above described premises, together DEFEND, all and singular the said premises unto the said E. Helm and wife Gertie Helm, their heirs and assigns against every person whomsoever lawfully claiming or to claim the same or any thereof.

BEFORE ME, a Notary Public, in and fro McLennan County, Texas, on this day personally appeared V.T. Houteff, Mrs. Florence Houteff, Mrs. Sopha Delle Hermanson, Merritt Wolfe and J.O. Conrad, known to me to be the persons whose names are subscribed to the foregoing instrument, and acknowledged to me that they executed the same for the purposes and consideration therein expressed, and in the capacity therein stated.