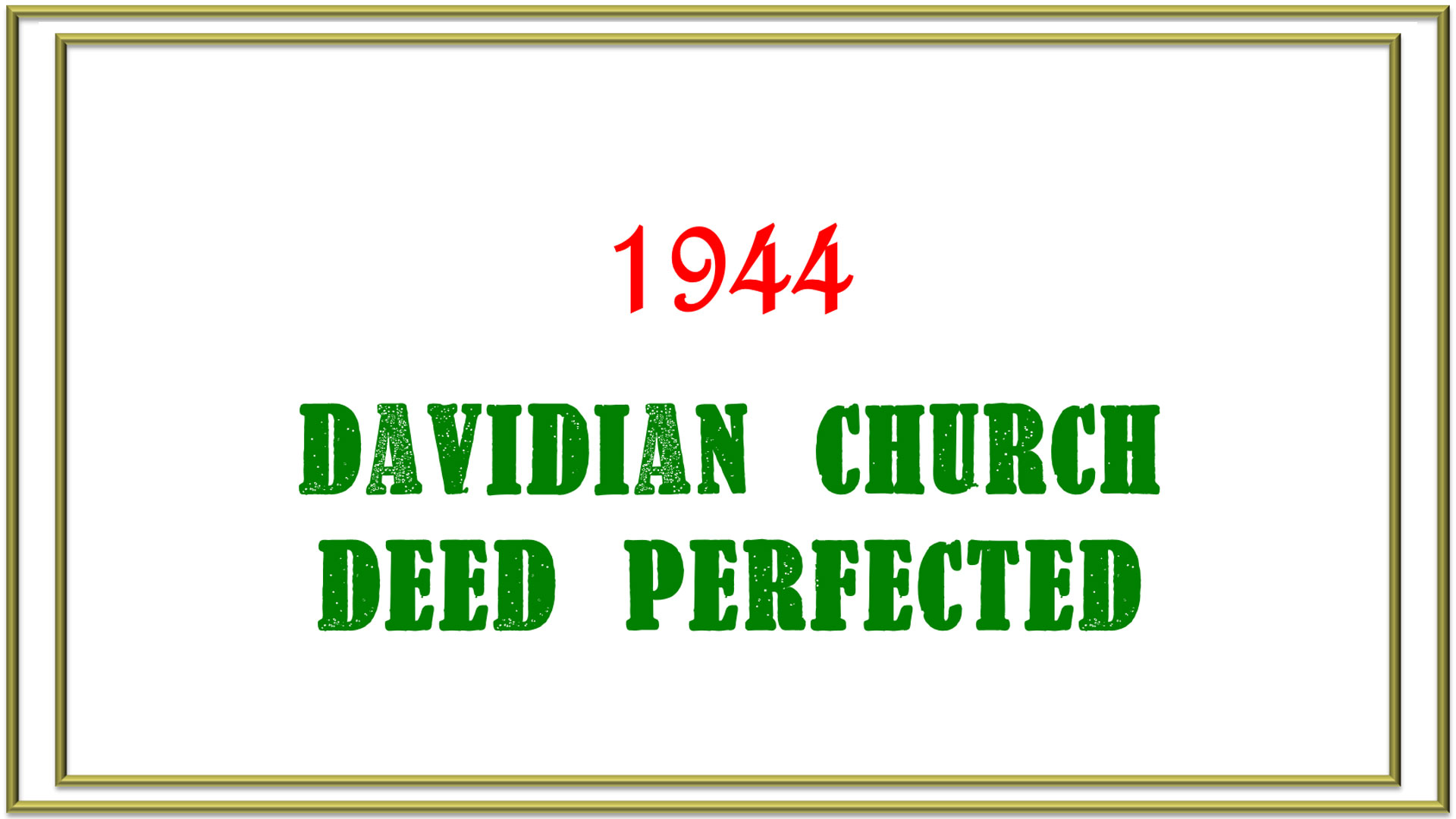 (We have reproduced this document for reading purposes only you can verify the correctness of the information by contacting the McLennan County Clerk’s office.)

The State of Texas *

Affiants further say that Mrs. Florence E. Charboneau, who was formerly associated with said V. T. Houteff and Sopha Delle Hermanson, is now deceased and therefore can not join in the conveyance of said lands

BEFORE ME, undersigned authority, a Notary Public in and for said County and State, on this day personally appeared Mrs. Sopha Delle Hermanson, V.T. Houteff and Mrs. Florence Houteff, known to me to be the persons whose name are subscribed to the foregoing instrument and each acknowledged to me that they executed the same for the purposes and consideration therein.