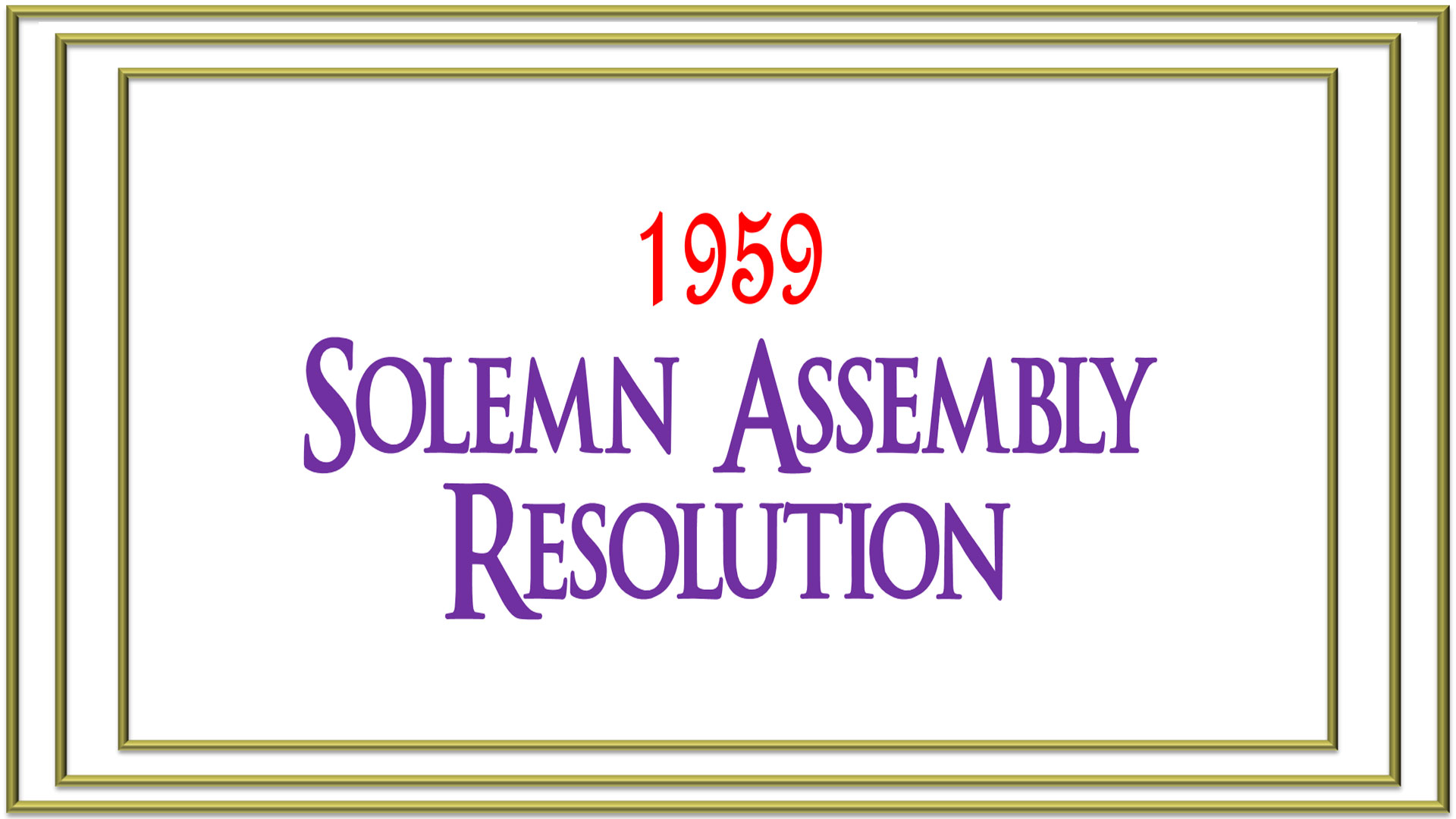 Posted at 03:06h in All Historical Transcripts, Florence Houteff by Kevin 0 Comments

WHEREAS the last work of V. T. Houteff before his death had been the work of revision of Timely Greetings, Vol. 2, No. 15, and

WHEREAS at this time he expressed the definite conviction that the time prophecy of Revelation 11:2-12 and Daniel 12:6,7 could have met their fulfillment only in type from 538 A.D. to 1798 A.D. and that they have a latter-day fulfillment, and

WHEREAS The General Association of Davidian Seventh-day Adventists, in its official publications, the Symbolic Code, Vol. 13, No. 1 (November, 1955) made the declaration “that it is clear that we have already entered the period of 42 months” (1260 days) and,

WHEREAS it was decided in the meeting of the Executive Council on March 2nd, 1959 that the 1260 days began when that issue of the Code was put in the mails, Which was November 9, 1955, and

WHEREAS according to Revelation 11:7 the warring against and the killing of the “Two Witnesses” (the church and word of God) would occur anytime thereafter, and

WHEREAS incidentally the 1260 days end the day before Passover which the Executive Council took into consideration but having no scriptural foundation they placed no positive significance to the coincidence, and

WHEREAS God’s people will be delivered in time of war (Zechariah 14), and

WHEREAS considering the evident desire of and the evident advantages to all Davidians to be on Mt. Carmel should this be the very time when those events are to take place, and

WHEREAS the Executive Council, in accordance with the Leviticus, Article Section 1, had decided that a solemn assembly should be called in which meeting, “the priests, the ministers of the Lord” should “weep between the porch and the altar and let them say, Spare Thy people, O Lord , and give not Thine heritage to reproach, that the heathen should rule over them: (Marginal rending, “use a byword against them”) Wherefore should they say among the people, Where is their God?” Joel 2:17.

BE IT RESOLVED that a call to a solemn assembly be sent to all Davidians and that they assemble themselves on Mt. Carmel on or before April 16, 1959 so that they arrive before Friday evening, April 17 and that Davidians in foreign countries be notified of this meeting but they be instructed to hold themselves in readiness to get their deliverance from the “Assyrian yoke” where they are, and that these announcements be sent out as soon as possible.